Chess is a game between two players, played on a wooden table. The table is divided into 64 squares with white and black square. The objective of this game is to give checkmate to the other player. This happens when a player is unable to make a move with the king. Chess is known all over the world and it’s a famous strategy board game. 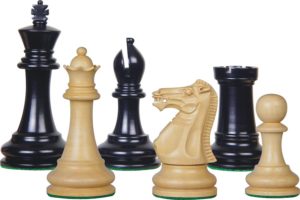 Playing chess can relax people, there are many strategies that can be learned from other players so try your luck with online play chess. Now you can play for free. The history says that Chess appeared in the IX. century in India, the rules changing from land to land.

The rules of Chess

The chess table must be placed so the white square to be on the players right side.

How to set up the dolls?

First of all you need to know that the king of both player must be at the same column face to face and the queen as well.

Playing chess online can be entertaining. So here are the rules how you can move every chess doll:

The king is the most important piece for every player from the table, it doesn’t`t matter if it`s not the strongest. The king can make just one step every time in any direction.
The queen can make as many steps you want, it can be moved in every angle.
The bishop can make as many steps you want, in the same color square where it was put in the beginning of the game. One is on the white section and one at black making moves diagonal.
The knight can make moves in L letter, two squares forward and one at a side.
The rook can make moves forward and any side exception to move diagonal. Can move as many squares as you want.

The pawn can make moves just forward one or two squares. If you reach the other side of the table with a pawn you can exchange it for any doll you want.
The first official world chess champion was Wilhelm Stenitz in 1886. Currently in 2012 Viswanathan Anand is from India. With the outbreak of computer technology there were made several online chess rooms where everyone can play chess. Now here is the chance to play for free on our online website chess playing